skip to main | skip to sidebar

Wo...it has been a year since we update this blog.
Mainly because of this two reason

Below is just a little preview of one of our projects. More to come. Just to let know that we are still living and kicking (and animating!)

Posted by animaTOT at 6:50 PM No comments: 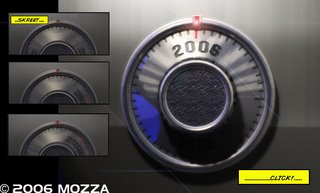 It has been months since i last blog in here. Well, we've been busy with continous projects. Alhamdulillah. About the japanese translation..i'm glad it's over and the clients were happy. Actually we have much to say and to share but maybe in later post as we are still rushing to meet datelines.

I just want to thank all the people who send us their resumes and portfolios. Some portfolios were really impressive but unfortunately we are not open to any vacancy right now. Maybe in the near future..Insya-allah.. This also goes to all the interns.

About the image above, its a composition that I extracted from a launching video due this August. Yang Dipertuan Agung will launch the event! No...i'm serious! 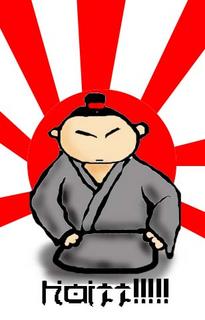 It seem that every day come with a new possibility and a new challenge in every project that we work on. Sometimes it's funny when come to think about it. Well...this time is has something to do with japanese language. I never thought that we will have to do a video using japanese..but that was the requirement asked by our client. At first i was like "..aaa? what?". The truth is we already completed the video in BM but the client would like to present it to a conference in Japan.
Now, let think about it. Let say we want to do a voice over. OK fine..no problem..get someone who could translate the BM script that we already have...then...bring him/her to a studio to record the voice over which i think will bring the first problem where we couldn't tell if he or she reading it correctly. :)
Then..we'll bring the recorded V/O to our studio where again, I have no idea how to edit it in term of matching the V/O with visual. So..what da ya think?
Well...if there is a will, there is a way.....somehoww..hmm..
Posted by animaTOT at 9:49 PM No comments: